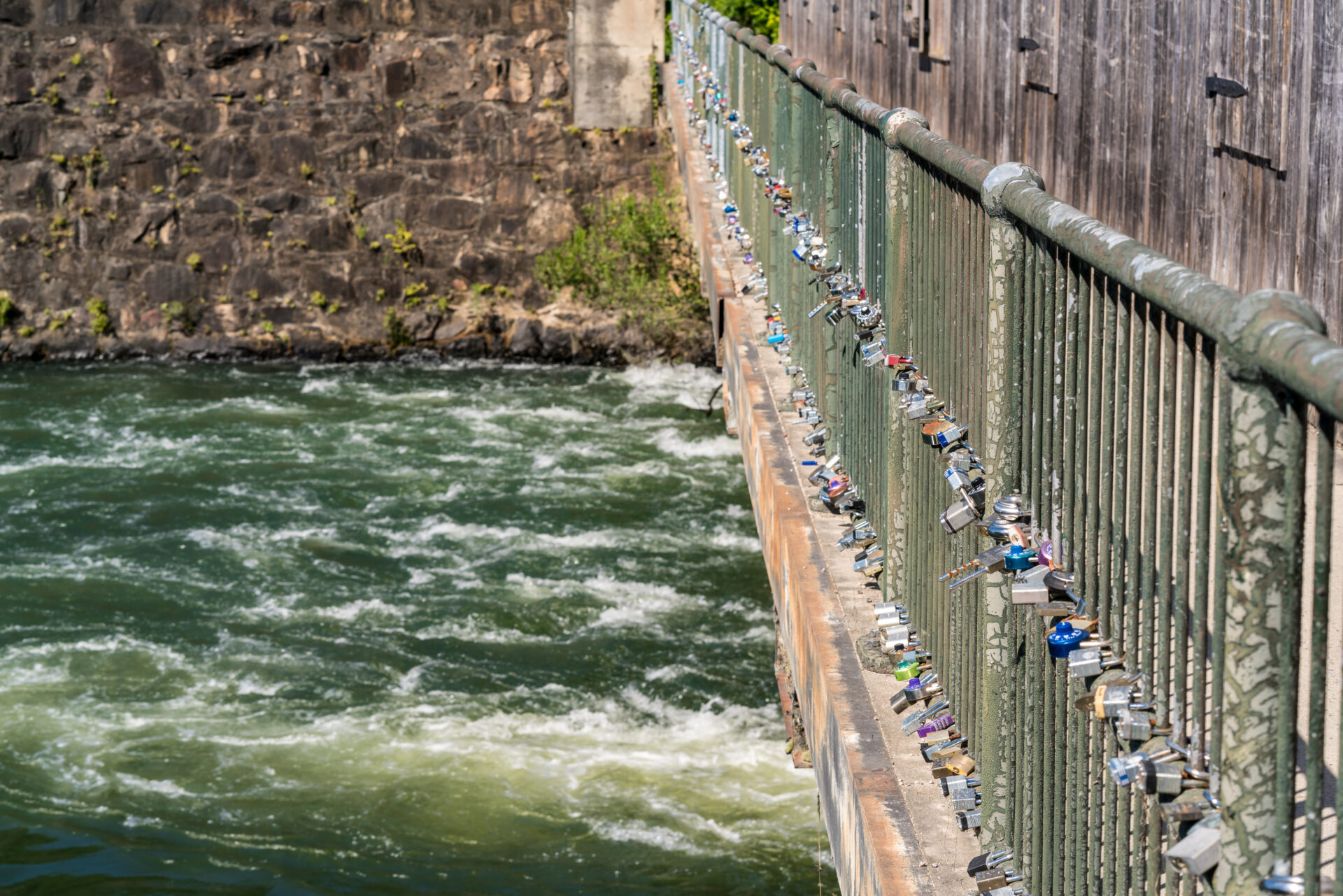 Artists interested in creating works inspired by the history and environment of the Augusta Canal National Heritage Area and the Love Locks at Savannah Rapids Park are encouraged to apply for a public art project commission by November 1. The Columbia County Convention and Visitors Bureau (CCCVB) issued a request for qualifications for the project, which offers $20,000 for the selected artist or artists’ team.

“The tradition of attaching a Love Lock to the fence of the Canal Headgates bridge has become increasingly popular among citizens and visitors,” explained Shelly Blackburn, CCCVB Executive Director.  “The sculpture is an investment in beautification and placemaking, creating a space for people to attach Love Locks and enjoy art in a natural setting .”

Following a review of qualifications, three finalists will be chosen to develop detailed proposals.  First round applications are due by 5 p.m. November 8.

The top four finalist have been selected. The proposed ideas are below.

“The key is the origin for our design for the Love Locks Project for Savannah Rapids Park. There are many possibilities using a key as the starting point for a design. We believe a gate structure allows for the most locks to be added and we think that the gate theme ties into the history of the location. We were particularly inspired by the historic note when researching the history of the Augusta Canal. ‘In the past, a lock keeper lived at the head gates, attending to the canal’s safe keeping.'” 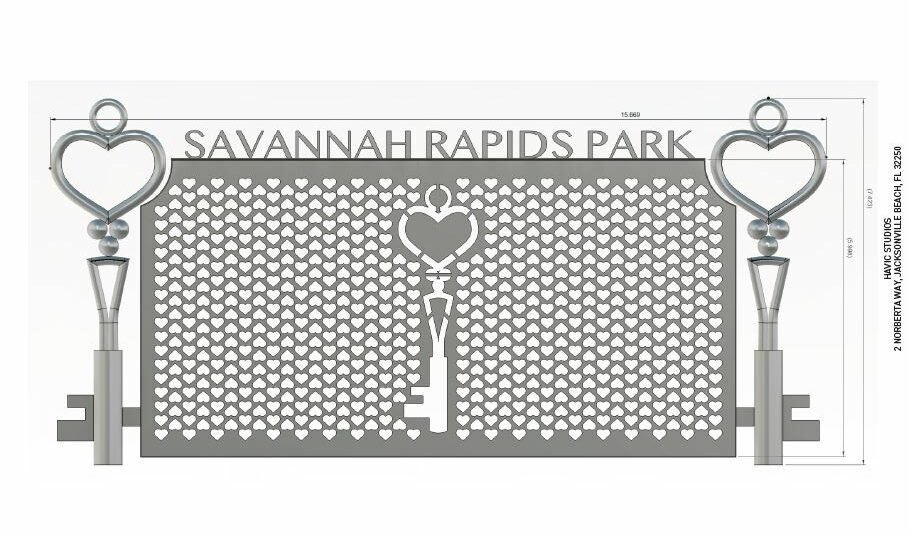 “My goal was to design a piece that complements the natural and man-made elements of Savannah Rapids Park. The multi-layer sculpture incorporates oxidized steel elements with abstractly represent the flow of water through the Augusta Canal at Savannah Rapids Park. The thicker elements are decorative. the thinner elements serve as the areas where the public can attach their locks. The brick monument plays off the structure and material of the head gates themselves and, ideally, would be made of similar stone. The oxidized steel panel atop the stone the stone black monument identifies the piece and its purpose.” 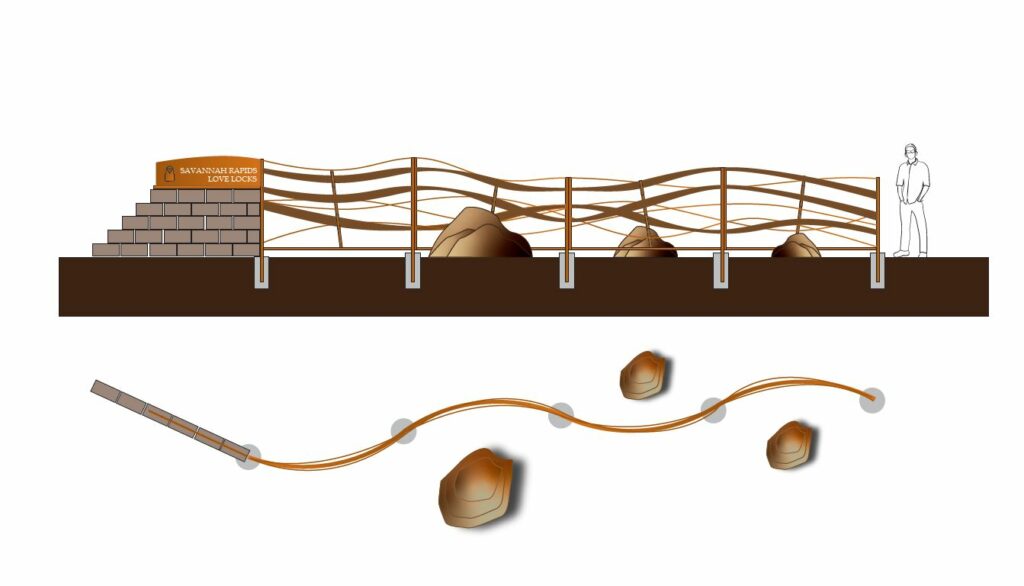 “I propose to create a sculpture that celebrates the natural history of the area, and draws attention to the vitality of this riparian ecosystem. The fence like structure would incorporate several aquatic fish and reptiles worked on a two dimensional plane. The theme of love can be expanded to include love of place, caring for the environment around us as both a natural resource and a network that feeds us spiritually and emotionally.” 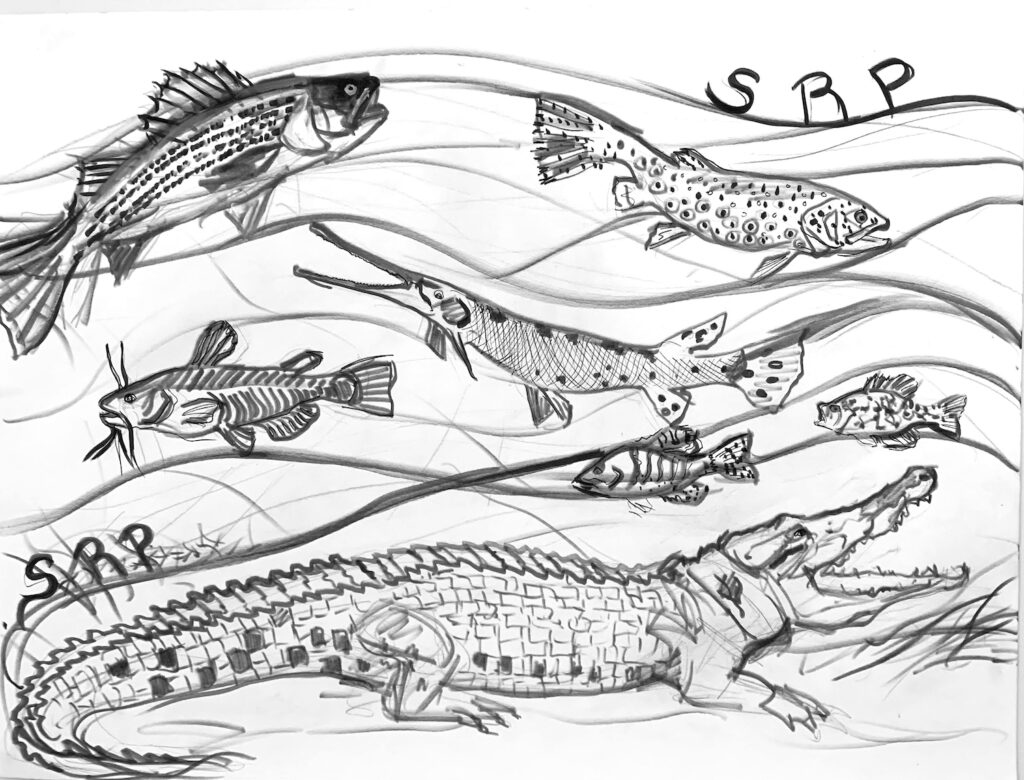 Heartgates is inspired by the overlapping forms, functions and stories that have shaped the Augusta Canal, and the continued engagement of its users. Heartgates takes its form from the giant wooden gates that control the flow of water into and out of the canal lock chamber beyond the Headgates Building. These gates, called miter gates, are based on a design by Leonardo da Vinci, and remain at an angle when fully closed in order to distribute water pressure. Heartgates will mimic the heavy timber frames with square steel tubes set directly on the ground so that its ‘handles’ are jut into space like outstretched arms. Within the triangular space, a single heart will bind Heartgates together simultaneously creating a portal to the sky and unite old with new.” 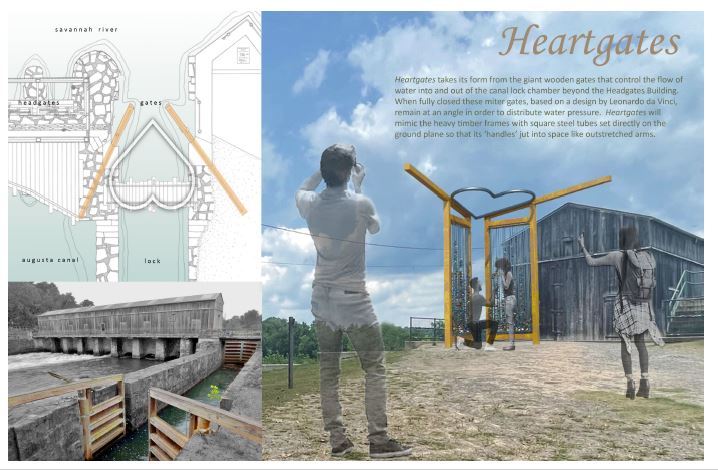